Slow down, you’re going too fast: SVT and The Modified Valsalva Maneuver

By Clare Hunter, RN, OHN, BSc, BA (Hons), who has been a nurse forever and CPR Seattle ACLS Instructor since 2016.

Vagal maneuvers, or vagals, as we like to call them, are the first line treatment for terminating supraventricular tachycardia (SVT) in the patient who is physiologically stable, and able to follow commands.

So, how do vagals work? Well, in short, the vagus nerve supplies parasympathetic fibers to the myocardium, and the effect of vagal maneuvers is to activate the receptors in the internal carotid arteries causing a reflex stimulation of the vagus nerve resulting in a release of acetylcholine. This neurotransmitter slows the electrical impulse through the atrioventricular node, causing the heart rate to decrease. Acetylcholine, incidentally, was the first neurotransmitter ever to be identified. It was discovered by the German pharmacologist, Otto Loewi, who originally described it as ‘Vagusstoff’ (vagus stuff) because of the chemical's ability to mimic the electrical stimulation of the vagus nerve. Dr Loewi published his discovery in 1921, for which he was awarded the Nobel Prize in Medicine in 1936. 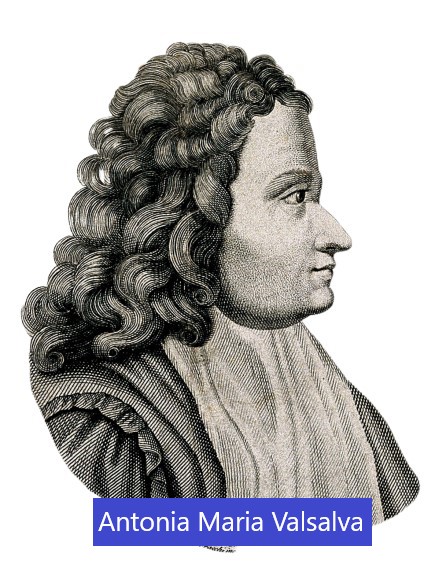 When considering vagals most healthcare providers immediately think of the Valsalva maneuver. This technique, which causes moderately forced exhalation against a closed glottis, can be achieved in several ways; the most common instruction to the patient is to bear down, or, as I once heard a colleague encourage a patient to, ‘push down, as if you’re having a big poo’. A similar effect can be achieved by asking the patient to blow through a drinking straw, or into the slip-tip end of a syringe. I was intrigued to find that the maneuver was first described by Antonia Maria Valsalva, a seventeenth century physician and anatomist who lived in Bologna, Italy. The ear was his area of expertise, and in the days before antibiotics he promoted his technique to help patients expel pus from their ears - happily, I have never seen it used for this purpose. I’m not sure at what point in the intervening centuries the technique was found to be useful for terminating SVT.

Vagal maneuvers are quick, painless, and completely free, and most certainly the preferred primary treatment for SVT in the stable patient. They are accompanied by none of the sense of impending doom experienced by patients receiving Adenosine, nor the electrifying (and costly) experience of cardioversion. Although the Valsalva technique is the most commonly used of the vagal maneuvers, there are several other physical actions which affect vagal tone. Ice to the face is frequently used with infants and children who are too young to follow commands, which elicits the ‘diving reflex’. Carotid sinus massage is still used, though with caution, and is a method contraindicated in the elderly because of the increased risk of dislodging a plaque in the carotid artery - absence of bruit must be confirmed by auscultation before attempting this method. Carotid sinus massage is completely contraindicated in patients who’ve previously had a stroke, transient ischemic attack, or myocardial infarction in the preceding three months, or who have a history of ventricular arrhythmias. Eyeball pressure (the oculocardiac reflex) is an outmoded method that is potentially dangerous, and not recommended. Some actions have an unintended effect on vagal tone, such as passing stool, rectal examination, nasogastric tube placement, squatting, swallowing, gagging, vomiting, breath holding, the Trendelenburg position, and intra-cardiac catheter placement. In my career I’ve experienced quite a few patients ‘vagal down’ during simple peripheral IV catheter insertion.

Now, let us return to the Valsalva Maneuver, that doughty technique, sometimes successful, unchanged for decades (possibly centuries) until 2015, when the maneuver was modified and enhanced to great effect by a group of British physicians who hypothesized, successfully trialed and published the REVERT study which introduced The Modified

Valsalva Maneuver. Here’s how the modified Valsalva maneuver is carried out:

The patient, in stable supraventricular tachycardia who is able to follow commands, is positioned on a gurney in the semi-recumbent position. They are given a 10ml slip-tip syringe to blow into for fifteen seconds, hard enough to start moving the plunger, which effort represents approximately 40mmHg. At the end of the fifteen seconds the patient’s head is lowered and her/his legs are simultaneously raised to 45 degrees - the patient remains passive at this point and their legs are raised for them. This postural adjustment after the strain phase of the maneuver increases relaxation phase venous return and vagal stimulation, and results in successful cardioversion to sinus rhythm in 43% of the patients, per the REVERT study, as opposed to a 17% success rate in patients who undertook the standard (strain only) maneuver.

The study’s Chief Investigator says; “it really does demonstrate marked improvement with the modified technique and I think we should consider using this as a standard approach to the initial treatment of this condition”, [….] “the benefit of it is that patients can use this at home, outside of the hospital, because it’s a condition that can recur.” He emphasizes that the maneuver is not indicated in patients with atrial fibrillation, atrial flutter and sinus tachycardia. I’ve had the privilege of seeing this method in action, with a successful outcome, and to say it was astonishing is an understatement! We discuss the maneuver in every ACLS class and the students are enthused by its simplicity, and eager to try it out in the appropriate clinical setting.