Let’s admit it - most of us are terrified of spiders.

We see one and immediately the fight-or-flight instinct kicks in, usually in favor of “flight”. Once we’ve located a tool that we can safely wield from the next county, we may then attempt to maneuver the creature out of the house, or into some makeshift trap that the spider refuses to enter. Usually it’s a lot less stressful to just sell the house and move.

Really, the thing we're concerned about is whether or not the spider is venomous enough to present a danger. While pretty much all spiders are venomous to some extent, very few are harmful to humans. Believe it or not, the spider is in fact more afraid of you that you are of it. Usually a spider bite results from the spider being trapped and threatened, e.g. inside a shoe, in clothing, or when someone places a hand or body part over the spider, as when moving a woodpile, for example.

While there are many species of spiders in Washington state and the Seattle area, there are only two species with venom toxic enough to be of concern: the Yellow Sac spider (Chericantheum mildei), and the Western Black Widow (Latrodectus hesperus) 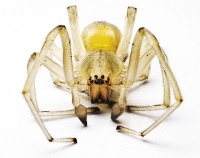 The Yellow Sac spider (which aren't always yellow, that shows how devious they are) usually stay outdoors in warm weather and sometimes move indoors as the season cools. Bites may be painful and tissue may become necrotic, 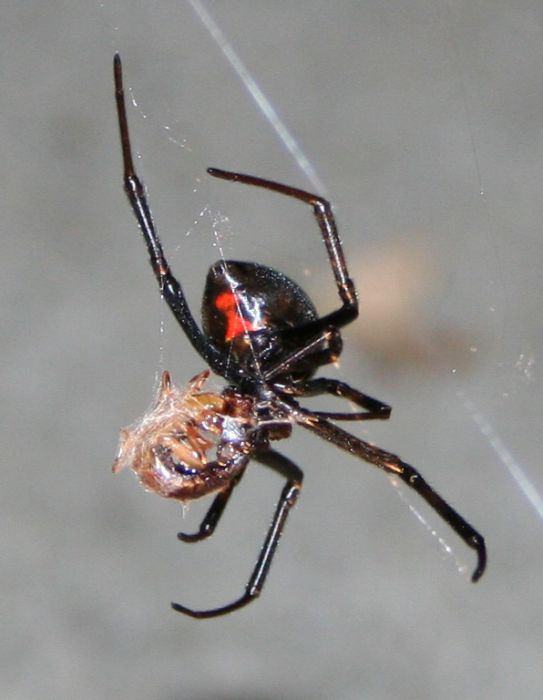 so medical attention is advised for bite victims.

The Western Black Widow is a nocturnal species, easily recognized by the large abdomen and distinctive red hourglass marking. Black Widow venom can affect the functioning of the nerves and muscles, causing painful, severe and prolonged muscle contractions. They build asymmetrical, disorderly webs - truly the slobs of the spider kingdom. leg span is roughly 1.5 to 2 inches, with only the females considered dangerous. The males are smaller in size and are harmless. They will often visit Belltown, drink too much and get in fights due to their resulting insecurities.

It’s not common that a spider bite would result in a victim requiring CPR, unless the victim happened to be allergic, and no epinephrine was available or effective. However, if the victim of a spider bite (or any other sting or bite) begins showing signs of severe allergic reaction, such as breathing difficulty/wheezing, hives, or severe weakness or tiredness, call 911 immediately and make sure the victim’s epinephrine pen is ready for use. If the victim exhibits headache or body aches, severe pain, muscle cramps, sweating, or rapid pulse, seek medical attention, especially if symptoms worsen or persist longer than 24 hours. Other issues, such as infections, reactions to medications, and chemical exposure can result in similar skin appearances as those presented by spider bites. Be sure to get medical care for anything unusual.

So, radioactive spiders and giant mutant tarantulas aside, there’s really not much cause for fear of our arachnid neighbors in and around Seattle, and Washington state as a whole. CPR Seattle advises travelers to familiarize themselves with native species when traveling, especially when planning on spending extensive time outdoors. For more training and information on handling outdoor hazards, check out our Wilderness First Aid class.

We’ll still keep the real estate agent on speed-dial though, just in case.