The Washington State Department of Health Wants Your Ticks

Ticks. We hate ‘em, right? Tiny, bloodsucking fiends that they are. But they can help serve a purpose. 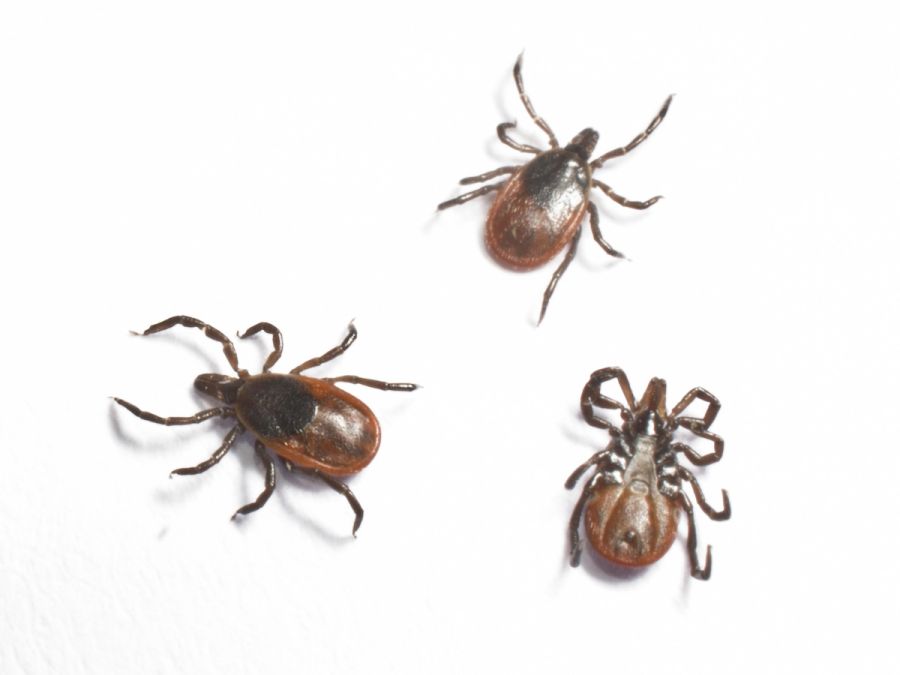 find ticks to ship them to the DOH for analysis. All you need is a container, a few blades of grass (mustn't starve the little buggers), and a Tick Identification Submission Form (PDF). The DOH will follow up with you as to what species of tick you have encountered, and the possible disease risks in the area in which the tick was found. While the Washington State Public Health Laboratories does not routinely test ticks for disease, awareness of the species involved may help healthcare providers diagnose any resulting illnesses.

There are several diseases that ticks can potentially carry. These include:

An initial sign of Lyme disease is an expanding circular rash which begins at the location of the bite. It may have a "bull's-eye" or target shape. Joint pain, fever, headache, and muscle aches may also occur. Subsequent symptoms can include heart disease and problems with the  nervous system. Lyme disease is the most common tick-borne disease in the United States, however less than three Lyme disease cases per year are reported to in Washington. Lyme disease is caused by a bacterium, which can be transmitted through the bite of a western black-legged tick, which picks up the bacteria after feeding on infected rodents. These ticks live in forests or brush in western Washington. (Follow this link to learn more about Lyme disease)

Disease causes relapsing periods of fever lasting up to seven days, recovery for about four to fourteen days, and then reoccurring. Less than 12 cases of tick-borne relapsing fever are usually reported each year. Most infections happen to persons spending time in rural, mountainous cabins of eastern Washington during the summer. The soft tick (Ornithodorus hermsi) typically feeds on rodents, which is where they are exposed to the bacteria. Ticks can then transmit the bacteria by feeding on a sleeping person. As this species of tick is found within rodent burrows and nests, it's important to keep rodents out of structures (especially sleeping areas). (Follow this link to learn more about tick-borne relapsing fever)

Symptoms of tularemia caused by a tick bite include sudden fever, headache, swollen lymph nodes, and ulceration of the skin near the bite area. There are reports of 1 to 10 cases each year in Washington. Not all are caused by tick bites. Ticks that can transmit tularemia in the state are the American dog tick and the Rocky Mountain wood tick. These ticks are found all around the state and inhabit woodland areas, mid-height grasses and shrubs near woods and wetlands, as well as sunny or open areas near woods. (Follow this link to learn more about Tularemia)

Tick paralysis is caused by a neurotoxin transmitted by an attached tick. It is identified by a progressive paralysis that usually starts in the legs with loss of coordination, numbness, muscle weakness, and difficulty walking or standing. The problems progress upwards to the torso. If the tick is not removed, paralysis of the chest muscles can cause respiratory failure and death within 24 to 48 hours after the onset of the symptoms. Prompt removal of the tick will ususally lead to a complete recovery. From 1990 through 2011, twelve cases of this disease were reported in Washington. The species associated with tick paralysis (Ixodes and Dermacentor) live in forests and brushy areas or between open grassy areas and woods. (Follow this link to learn more about Tick Paralysis)

Symptoms of babesiosis include fever, chills, fatigue, muscle pain, and anemia. In the last 28 years, very few instances have been reported in Washington. The western black-legged tick, Ixodes pacificus, is considered the carrier of this disease in Washington. It is usually found in western Washington in forests or brush. (Follow this link to learn more about Babesiosis)

No infections appearing in humans have been reported in Washington state although it has been diagnosed in dogs. Symptoms include chills, headache, fever, and muscle aches. Western black-legged ticks may carry the bacteria that cause anaplasmosis and live in forests or brushy areas in western Washington. (Follow this link to learn more about Anaplasmosis)

If you are interested in having your tick tested for the presence of pathogens, contact the Laboratory of Medical Zoology, University of Massachusetts. The lab will test (for a fee) for presence of pathogens common to the submitted tick species, and remit results to you within three to five days. They are a non-profit organization.