How an AED Works

All CPR courses now require training in the use of an AED, or Automated External Defibrillator. In our BLS Provider and Heartsaver classes, this tool is introduced to CPR Seattle students after the basic skills of chest compressions and rescue breathing have been extensively practiced. The American Heart Association and all other certifying agencies recommend the use of an AED on any victim experiencing sudden cardiac arrest. 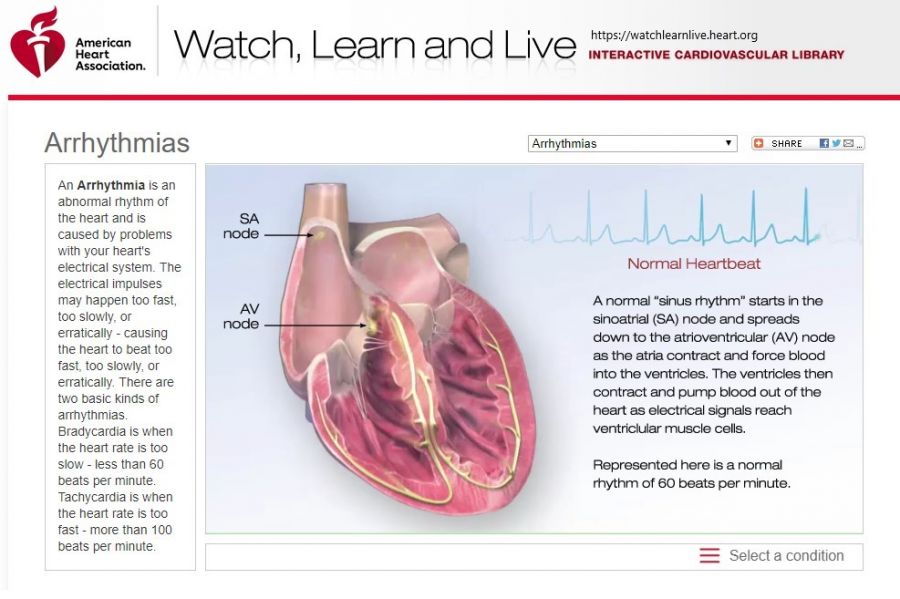 What exactly does an AED do to the heart?

Electrical impulses contract the muscles surrounding the heart in order to provide oxygenated blood to the body. The rhythm of the heart is controlled by a natural pacemaker referred to as the sinus node, located in the right atrium, one of the upper chambers of the heart.

During sudden cardiac arrest, the heart stops beating normally. The AED can eliminate the abnormal heart rhythm by depolarizing the entire electrical system of the heart. This allows the heart to fully repolarize and recommence normal electrical function. The shock needs to be of sufficient power to completely repolarize the cells, otherwise an irregular rhythm may continue.

What is an AED waveform?

During the depolarization/repolarization process, electrical activity in the cells goes from positive to negative. When the heart muscles repolarize, the sodium channels in the muscle cells close, the potassium ion channels open, and the muscle cells rest. Depolarization opens the sodium channels which stimulates the heart muscles to contract. This provides the rhythm, or wave form, that can be read and interpreted by the AED to determine if a shock is needed or not. When an AED is analyzing the rhythm, it is the electrical impulse that is measured, not the actual physical movement of the heart.

What kinds of rhythms can an AED correct?

There are several types of heart rhythms that can be corrected by a defibrillator. Most commonly, this will be ventricular fibrillation (called V-Fib), which is what gives the defibrillator its name. Ventricular fibrillation occurs when the normal heart rhythm becomes irregular, short, and fast – too short and fast to allow enough blood to circulate from the ventricles.

A common misconception people may have is that defibrillators restart a heart that has completely stopped (called ‘flat lining”, or asystole). Once the heart has ceased creating electrical activity, a defibrillator will no longer be able to restore the regular rhythm. 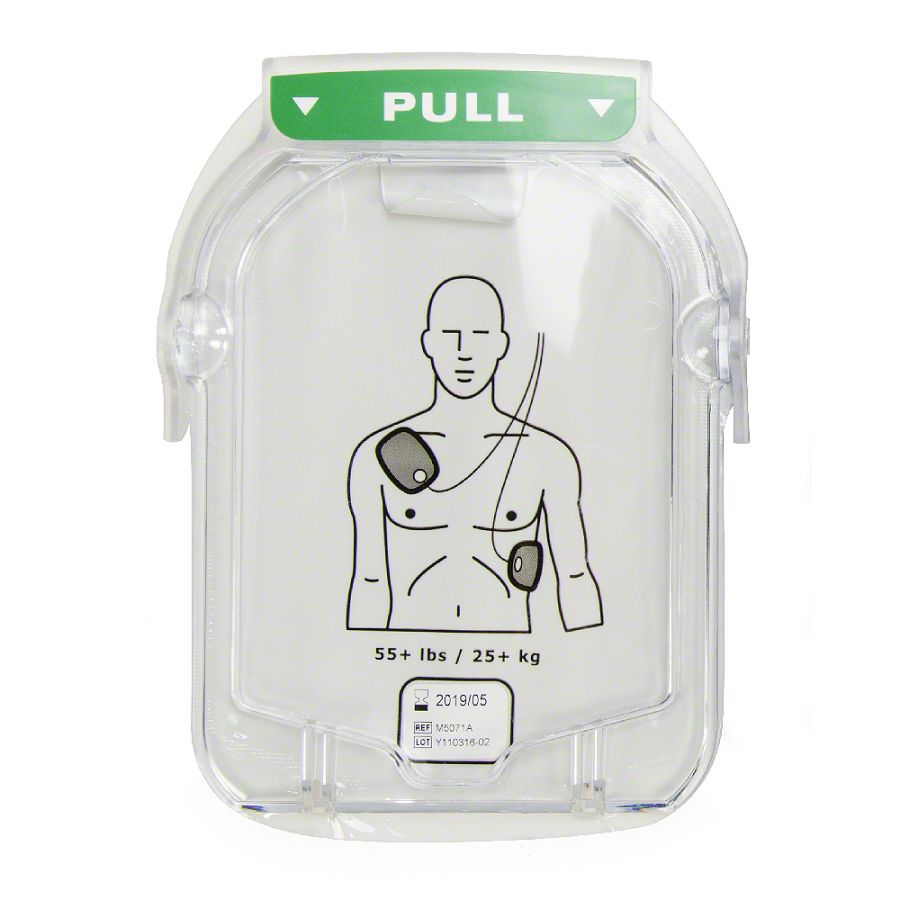 So why do the electrode pads go where they do?

Originally, defibrillators would use a form of shock that passed the electrical current in a single direction from the electrode on one side of the patient’s chest to the second electrode on the other side. This form is known as monophasic waveform defibrillation. This waveform has one peak current, which is the factor that determines the effectiveness of the defibrillation. There needs to be enough power to reach the heart, but not so much that the shock causes damage to the heart.

When the shock is delivered, the objective is to have it first pass through the chest and enter the upper right corner of the right atrium. The shock then passes through the heart's regular electrical system, finally arriving at the left ventricle’s lower left side.

How powerful does an AED need to be to work?

As the body’s cells provide some resistance, or impedance to the electricity, the power of a monophasic shock is often very high - about 360 joules. This necessitated large, bulky equipment to create and store the required electrical energy. Unlike modern AEDs, these defibrillators were not intended for use by lay rescuers or initial caregivers.

But as the technology was developed and refined, defibrillators became more efficient, simpler to use, and highly accurate.  And because they were using the same technology used in automatic implantable cardioverter-defibrillators, the newer AEDs also required a less-powerful shock to achieve peak current – about 100-120 joules.

This bi-directional current flow is known as biphasic waveform defibrillation. Electricity travels from one electrode to the other in the first phase, followed by a return of current back to the original electrode in the second phase. Biphasic shocks require a significantly lower current to achieve successful repolarization of the heart muscle cells. The lower current also reduces the chances of incidental injuries, such as burns at the electrode site.

Due the lower current requirements, defibrillators were significantly reduced in size, which enabled the development of the AED. The smaller size and lower cost meant that defibrillators could be deployed in many areas – like schools, airports, shopping centers, and other areas with high volume of foot traffic.

Can I shock someone by mistake?

It is virtually impossible for a rescuer with little or no formal CPR/AED training to hurt or mistakenly shock a victim when using an AED. Modern AEDs will only charge and shock if the AED detects a potentially fatal rhythm. AEDs can be safely and effectively used by anyone with little or no training, as the AED will deliver voice prompts directing the user through all the steps.

If you have never practiced using an AED, rest assured that when the time comes, it will be an easy process to follow. However, should you want to be assured that you can use one quickly and effectively, visit our website at cprseattle.com and enroll in one of our class sessions. If you are interested in obtaining one of these life-saving devices for your workplace or other location, our AED sales division is ready to assist you. There’s no substitute for preparation, and you can be confident that when sudden cardiac arrest strikes, you’ll be ready to help.